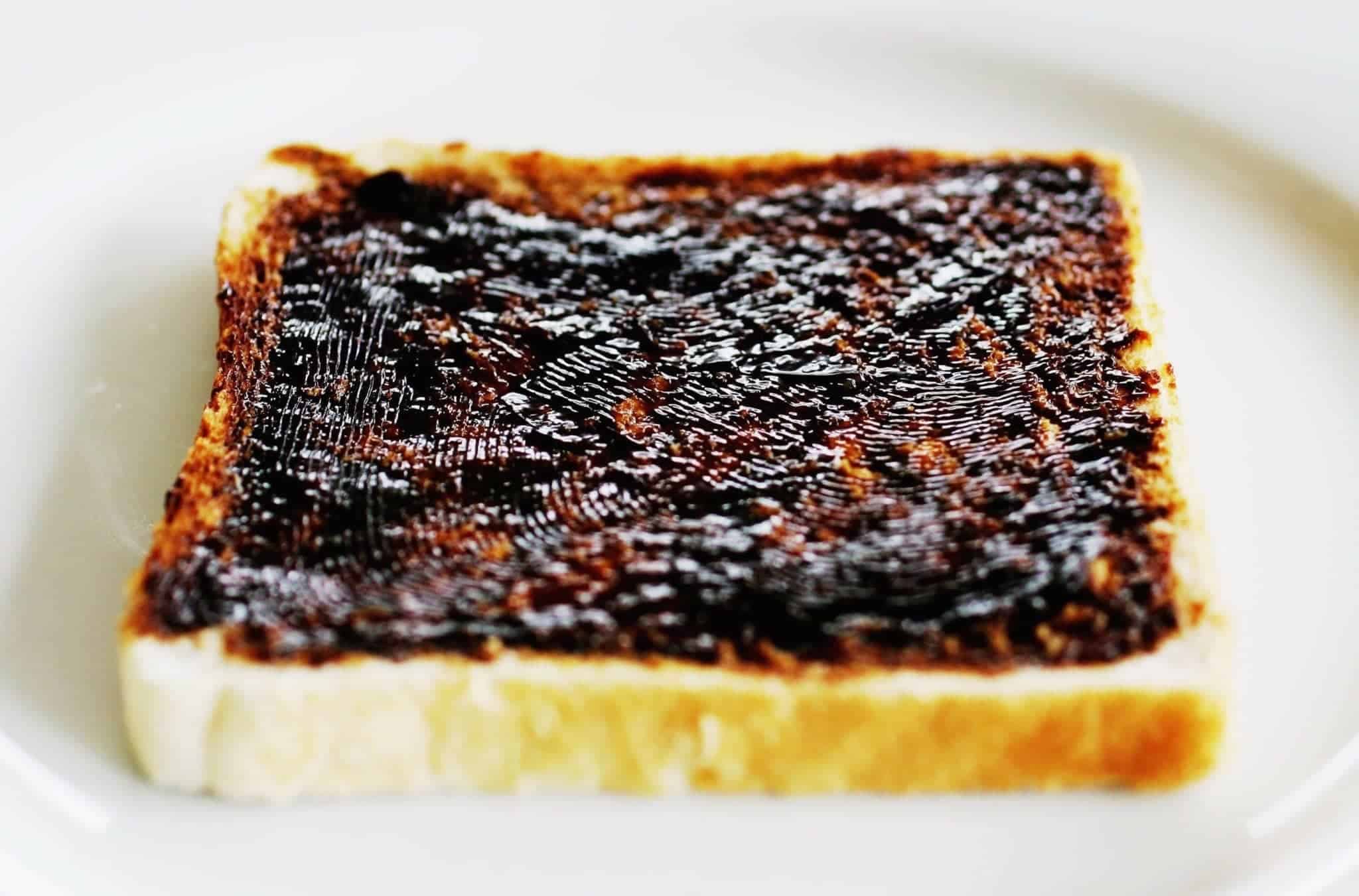 Despite their muck-about reputation, Aussies are also fiercely patriotic, and have a strong sense of nostalgia. For Aussies away from home, Vegemite really pulls on the heartstrings – we crave it in a way we do little else. As the jingle from the original ad says, ‘It puts a rose in every cheek’, and the sight of that glass jar with the red label and yellow lid certainly can! Most Aussies kids are raised on Vegemite in one way or another, and this dependence stretches on into adulthood. Everyone has their particular way of enjoying the famous spread – with heaps of butter on toast, with bitey cheddar on slabs of fresh bread, or mixed into a cheesy-‘Mite scroll. Only those with true grit eat it thickly slathered! Vegemite is a true icon of Aussie pantries, and it is rare indeed to find an Aussie kitchen without a jar of the black stuff front and centre.

Vegemite vs. Marmite – the great debate

Everyone knows there’s an ongoing battle between Vegemite and Marmite, although this is completely baffling to people outside Australia and the UK. The internet abounds with comparisons (yes, we did the research!). Preference mostly comes down to texture and salt. To use a foodie term, some of it has to do with the slightly gooey ‘mouthfeel’ of Marmite, which is stickier and runnier, while Vegemite is more solid and doesn’t get as spread around your gob. In the eyes of Australians, however, there is no contest. Vegemite wins, hands down, every time! 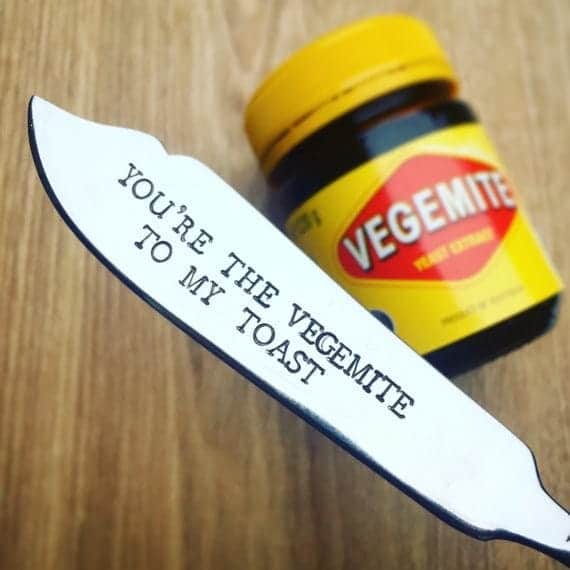 Vegemite is full to the brim with the B vitamins thiamine, riboflavin, niacin, and folic acid, and the reduced salt version also has B12 and B6. This could be the reason Vegemite is the go-to for many Aussies when illness strikes and during recovery, why we crave it after a big night out!

No, we’re not talking about putting Vegemite in your mashed ‘taters (although we’re sure it’s been tried!). Snack makers have had a lightbulb moment recently and have started adding Vegemite to already beloved snacks. Think Vegemite Shapes (in the shape of Australia of course) and Vegemite Bagel Crisps. Even Vegemite Cadbury’s Chocolate and Smiths Chips, for a limited time only. In fact, the versatility of Vegemite is pretty impressive – as a spread, a stock, a drink, and flavouring for just about any dish. Check out some suggestions here.

If you know a home-sick Aussie who is missing their family and friends Down Under, an Australian Food Shop care package is a great way to show them you care. Our range of snacks and Aussie foods (yes, plenty of Vegemite options!) are sure to put a rose in the cheek of someone you love.

Americans can’t get enough of our Chicken Salt